This is the first day of the rest of your life.

The Theme of the Day: Learn about the program. How WE grows, how WE organized.

This month is condensed lifetime knowledge. It should give you a new plateau to build a new foundation for a better version of yourself for the rest of your life. This is the education that matters most to outcomes. Everyone who gathered wisdom for this has passed away many decades ago. We all stand on their shoulders. Listen to your elders.

Section 1 – A slogan to remember. A phrase of the day. A word a day, a cartoon. A video lesson.
Section 2 – Networking skills are the most valuable item in your talent stack.
Section 3 – A series of stories about the founder and other leaders

WOULD YOU AGREE THAT USING YOUR PERSONAL POWERS TO DO GOOD THINGS, IS A GOOD THING?

What good thing could be done to you?

How about the goodness of “freedom” from “whatever” holds you back?

Most people have two kinds of limitation tucked down inside their mind.

Learn to tell the difference between real and imagined in everything you think and do. Then put your time and energy in the real direction.

A little less energy and time thinking about the limits, that are imagined, can only help anyone who tries it.

False use of imagination powers isn’t cool. It makes it possible for made-up non-existent dramas to play out in ones mind. That disables their logic and rational base. What a waste of time in life. Fakeness carried around on the end of a neck, in your head, big mistake; not you of course.

Never allow someone to play devils advocate when your having a discussion about life, a business, an opportunity, or an innovation.

For one, the devil is not someone you want to chat with or hear advice from. In your business, who cares what the devil would say.

For second, why does your friend want to play an advocate for a devil?

Third, nothing that has to be imagined, and has a negative prediction, can ever be true.

If it were a warning, it would be a Angels advocate.

Either way this is especially a metaphor.

The way the devil twists the words of your innovation idea or business plan are never true. They are exaggerations or easily mitigated made up problems. You solve problem naturally when they come up by working with a group of great people who also love to solve problems. So you get on it when it pops up, and it is fun. We know how to think about work on the small picture daily focus while keeping in mind the helicopter viewpoint for the overall condition of any situation. Boldly we put people first inside and outside of the company.

One thing, a philosophy of putting the concerns of staff and customers first will solve 98% of everything that could go wrong. Concerns make you better and make your invention or your system better. You use concerns from customers to build a better product. For the family called your staff, you put them first by listening and working to find solutions with them. The easy part is that most things that could hold us back are in our heads, as in a core belief that we don’t need to think about often so it is deeply embedded.

Everyone to some level is doing the hard work when the easy critical systems have been functioning for decades. Part of some of us are too afraid to change our thoughts about most things because being wrong used to mean a punishment when we were children. But as adults being wrong often has no consequence. The bad stuff does but that’s the smallest concerns for generally good folks and younger men and women. We want nothing more than to do the right thing and get paid to afford a fearless life.

The visible homeless are conveniently visible which in a twisted way supports higher rents for the lucky.

, It is mostly bad luck that gets a woman or man and child on the streets. A family with no couch or basement suite is rare unless that person has been behaving so badly or the lord of the family have been behaving very badly and frustrating the growth of the whole family in freedom and respect for the level each individual is in. Growth is an expression of love.

If you want to help people let us do it for you. You contribute by putting people in front of the material and let they’re freewill to decide. Never sell or disinform anyone about what is inside the program. The only thing we want is if you love it, then you want it to grow. As one becomes two and you have doubled your little personal organization development, your first POD. One day, hours, days or weeks from now they may decide to get on the next waiting group of 50 per Leader.

The leaders are different groups working in different ways. This way we can learn what works. This is the Seven Coin System. The 7 coins is a simple tool you have any time you have seven equal size coins. So it is a global marketing tool.

What you are doing is showing the interesting math of shapes and ways to lay out an organization of coins. What if the coins represent people in a company or a team or any group. A president, a vice president, a under secretary, four interns, who knows. Captain center, left wing forward, right wing forward, and four more, seven coins.

You can arrange them like a magician, make pyramids, make squares, circles, ovals, heptagons,

What to do about it? 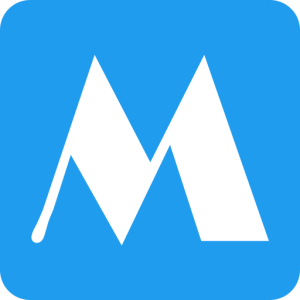